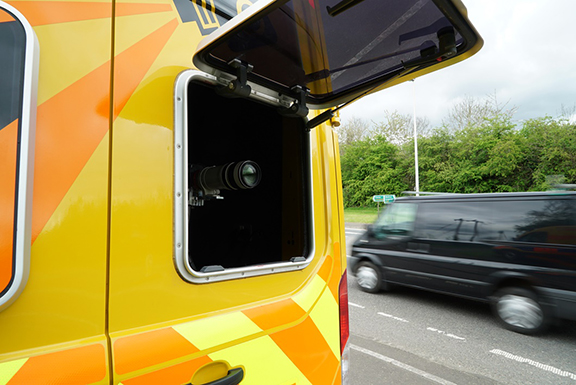 A European-wide week of action to combat speeding in Cheshire saw police deal with over 1,000 offending motorists.

A total of 1,142 offences were dealt with over the seven-day speed enforcement operation, which ran from 16-26 April.

Officers also detected other offences, including drink and drug driving, careless driving and driving while using a mobile phone.

Sergeant Brad Hughes said: “Throughout this operation officers from the Cheshire Roads Policing Team have been proactively targeting a number of problem routes across the county to raise awareness of the dangers or driving at excessive speed.

“In addition, officers from the Local Policing units have also been conducting speed enforcement operations on roads where concerns have been raised by local residents.

“Sadly, the results show that there are still some motorists who simply do not appreciate the dangers of speeding. While it may seem like a minor offence, the fact is people are being killed and seriously injured on our roads because of motorists driving at excessive speed.

“Travelling a couple of miles over the speed limit may not seem like much – but a pedestrian hit at 40mph is four times more likely to be killed than being hit at 30mph.”

David Keane, Police and Crime Commissioner for Cheshire, said: “I’m pleased to see that this operation has been a success and that officers have issued enforcements to a number of speeding motorists and those who drink or use a mobile phone while driving.

“However, these results show there is still a high number of drivers not using our roads safely. The issue of road safety and speeding is a major concern for the many residents I represent across Cheshire. It is my priority to ensure the Constabulary carries out regular speed checks on problem routes to make the county’s roads safer and help save lives.”

Sergeant Hughes added: “While this operation has concluded, we take the same approach all year round, excessive and inappropriate speed is simply unacceptable and anyone who breaks the law will be dealt with in the most appropriate manner.

“I’d encourage local residents to continue to get involved, either by joining a local Speed Watch group or by logging on to the Cheshire police website and reporting concerns or issues over speeding in their communities.

“Any information received will be reviewed by officers, who will look to see what action can be taken and work with the local authority to ascertain if measures can put in place to combat the issue and help make our roads safer.”

To report speeding in your community visit: https://www.cheshire.police.uk/advice-and-support/roads-and-vehicle-safety/speeding/