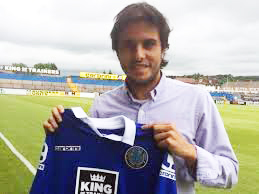 The 24-year-old is a former Spain Under-17 international who progressed through the youth systems at Real Oviedo and Barcelona.

He played for Caudal in the Spanish third tier last season.