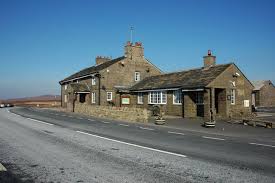 Jack Sanderson, 22, from Mobberley, Knutsford has been sentenced to a 24 month driving ban, 300 hours unpaid word and a 12 week prison sentence suspended for 12 months, after being found guilty of driving a motor vehicle dangerously.

The young motorcyclist was found guilty of dangerous driving at Macclesfield Magistrates Court on Tuesday 19th August 2014. Jack was also ordered to pay £1283.18 in compensation, £620.00 court costs and an £80.00 victim′s surcharge.

On 26thMarch 2014, following information received from members of the public regarding a video (link below) that had been posted online, Cheshire Police launched an investigation into alleged dangerous driving. The investigation related to offences that were committed on the A537, ‘Cat and Fiddle Road′, Macclesfield, on Sunday 23rd February 2014.

Roads Policing Sergeant Andrew Dennison said: “During the investigation it became clear that Jack Sanderson, who was riding a Kawasaki ZX600 at the time, was riding in a dangerous manner. The video posted online clearly showed Jack overtaking vehicles across double white lines and riding too fast for his ability on sweeping dangerous bends.

“As a result of this driving Sanderson lost control of his bike crossing the opposing carriageway narrowly missing a vehicle travelling in the opposite direction before flipping his bike off the carriageway and down a 40ft embankment.

“Thankfully in this case no-one was seriously injured, but the risks that Sanderson took in his driving exposed himself and the safety of others to serious risk of harm or worse. It was only by blind luck that Sanderson avoided a catastrophic collision with another vehicle.

“Cheshire Police will continue to investigate and prosecute drivers who ignore the rules of the road. Driving is a privilege not a right, the rules and procedures given to us when we pass our driving test are there to protect our and the safety of others. Ignoring these rules can have devastating results for all parties involved.”

Cheshire Police is keen to work with our communities to help make Cheshire safer. If you have concerns about dangerous driving in your area, or if you would like to report an incident, please contact Cheshire Police on 101. Alternatively information can be reported anonymously through Crimestoppers on0800 555 111