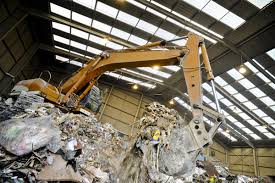 The number of complaints received by Cheshire East Council has risen by 58% in the past 12 months.

After waste and recycling, the most frequent complaints received by the Council in 2013/14 were about highways operations (such as blocked gullies, potholes and lack of signage following a diversion), Council Tax and Development Management (planning issues such as lack of contact by the Case Officer, delays in processing applications and disagreements with decisions).

To provide complainants with an independent service they are all offered the opportunity to appeal to the Local Government Ombudsman (LGO) if they are unhappy with the way in which the Council has handled their complaint.

In addition 245 enquiries from MP’s were received by the Chief Executive’s Office between October and March 2014. Of these 108 were about highways and transportation, 68 were about planning and 20 were about waste and recycling.

Click here to view the Report on Customer Feedback which was prepared for a meeting of the Audit & Governance Committee on Thursday, 25th September.

Share this...
Related Items
← Previous Story George Borowski and friends at Poynton British Legion
Next Story → Magnus teams up with US property company