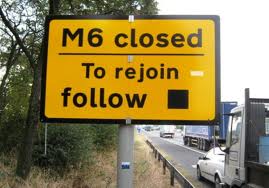 Two men remain in hospital with serious injuries following the four-vehicle collision between junctions 16 and 17 of the M6 motorway yesterday (Monday).

An HGV and three cars were involved in the collision at around 2.40pm, which resulted in a number of casualties trapped in their vehicles and which required lane closures to allow those trapped to be released. Three of them were taken to hospital but have since been discharged.

The driver of the HGV, a 47-year-old man from Southport, was arrested on suspicion of causing serious injury by dangerous driving. He has been released on bail, pending further enquiries.

Cheshire Police are appealing for witnesses to the collision. Anyone with information is urged to call 101, quoting incident 555 of December 22 2014.