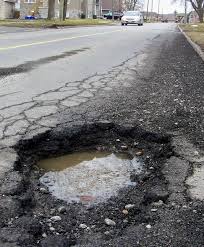 Cheshire East Council will receive a £54.5m government funding package for highway improvements and repairing potholes over the next six years.

The Transport Secretary Patrick McLoughlin has announced a record £6bn to be spent on tackling potholes across the country between 2015 and 2021.

Reacting to the news, which was first signalled in the Chancellor’s autumn statement, Councillor David Topping, Cheshire East’s Cabinet member for service commissioning, said: “We welcome this good news, especially at this time of the year.

“This extra funding is to recognise the good work done by Cheshire East and those councils which have addressed the problems of 15 years of poor investment on the roads.

“We are among the councils leading the way on this. We have resurfaced over 200 kilometres of road and repaired over 100,000 potholes using our ‘Tell Dave’ initiative over the past two years.

“Our success is proved by the huge reduction in claims we have received. Our roads have never been safer for residents and visitors to Cheshire East.”