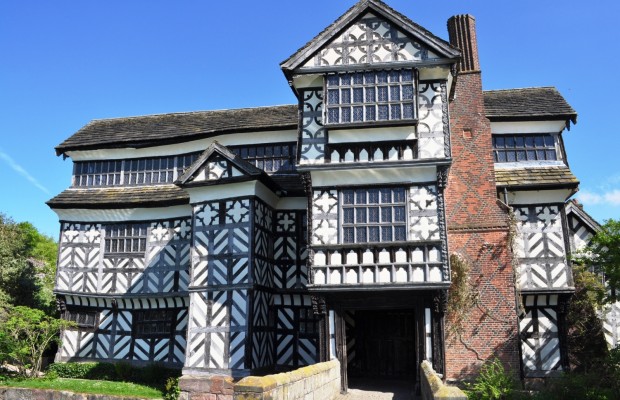 A ‘Merry March’ festival at Little Moreton Hall may encourage you to have a second try at any New Year resolutions which failed.

The festival, from 11 March to 15 March marks the approach of Lady Day when the year officially changed in Medieval and Tudor times.

Visitors to the spectacular 16th Century  mansion near Congleton, will be able to plant and take away Elizabethan varities of peas and beans, make a Mother’s Day card using Tudor-style woodblock printing, learn more about this festival from our costumed Tudor Gentlemen and Gentlewomen, enjoy a guided tour of the hall and hurl bean bags at a straw figure, known as Jack o’ Lent.

Jo Williams, from Little Moreton Hall explained: ‘New Year was a bit complicated in the 1500s. People  celebrated on 1 January, but the calendar did not change until Lady Day, which is 25 March.

It was the time when the agricultural year was getting under way; a time for ploughing, planting and sewing; a time when Spring was coming in, with the promise of better days after what may have been a hard winter.’

Those were all reasons for a celebration, but the fun was balanced by the fact that Lady Day was the date for paying rents and settling debts. It was also Lent, when people abstained from meat, cheese and eggs.

Jo added: ‘Throwing stones at the Jack o’ Lent figure was to work off any frustration caused by the Lent restrictions. We have replaced stones with bean bags in the interests of safety.’

Visitors to Little Moreton Hall will be able to start the Tudor New Year with a smile. Trying again with your New Year resolutions is optional.

Share this...
Related Items
← Previous Story What’s on at Cinemac
Next Story → SAS Daniels move on