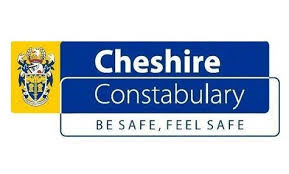 The Police & Crime Commissioner for Cheshire has commissioned a video which has been produced by the Cheshire Deafness Support Network  to support detainees who are profoundly Deaf until a trained interpreter arrives to support them.

The project was initiated by Commissioner John Dwyer who said, “I have noted the concerns of the D/deaf community in partnership with the Deafness Support Network about how barriers to engaging with the police can be removed. An area of concern for D/deaf people was police custody. For anyone, this can be a worrying environment and even more so when English is not your first language. British Sign Language (BSL) is a language in its own right and some Deaf people do not understand the spoken word as we do.

Gill Reeder, Executive − Operations from the Deafness Support Network said, “It is important that detainees understand their rights and entitlements when in custody. Something as simple as a search can feel very invasive to someone with hearing loss. This video has been filmed to offer reassurance and make sure that everyone is treated equitably. Before I arranged for the film to be made, I tried to find out whether there was one we could use from anywhere else and it appears that Cheshire is the first to offer this service. I am delighted that the Commissioner takes the matter of hearing loss seriously.”

Police officers and staff in custody, who become aware that the detainee is having difficulty hearing will be able to show the short video via the on-desk screen which offers reassurance and guidance.