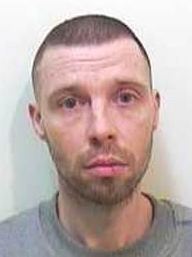 Cheshire Police are appealing for help in finding a 34-year-old man who has absconded.

Daniel Ward, from Macclesfield, who was serving a sentence for wounding, assault and offensive weapon offences, failed to return to HMP Leyhill following his release on temporary licence.

He is described as white, 5ft 10ins, slim, blue eyes, short light brown hair, clean shaven with a Manchester accent. He has tattoos on his left hand, including a small skull, and was last seen wearing a dark tracksuit and beanie hat

Police are carrying out numerous enquiries to try and locate Daniel Ward and are appealing for the public to report any sightings.