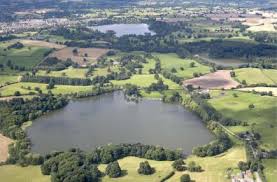 Cheshire East has moved centre stage in the world of TV and film making.

The economic value of film making in the Borough has shot up to £2.5m – making the Borough one of the most popular locations in the country for film and television productions.

Already recognised as the best place to live in the North West, Cheshire East is now officially one of  the best places to make drama, films and commercials in the region.

Filming is expected to begin again soon in Bunbury, where the popular ITV wartime drama Home Fires is set.

According to figures from Creative England, there have been 41 titles which have utilised the characteristic settings of Cheshire East, including Foyle’s War, Peaky Blinders, The Village, Real Housewives of Cheshire and Scott and Bailey.

Others include the £100m feature film Tarzan, The Driver and Last Tango in Halifax.

Leader of Cheshire East Council Michael Jones said: “This is astonishing.  Three years ago the economic value from productions was just £600,000. Now we are at £2.5m.

“While some of the production companies involved are based at Mediacity in Manchester, many are from other parts of the country, including London.

“And they often hire local people and local crews to make it happen, so there is a real jobs benefit from all this. This must mean that our reputation as a good place to film precedes us.”

Catherine Oldfield, executive producer of Home Fires, said: “We looked all over Britain and Bunbury was the only place we found where we could build a composite village out of certain elements of the landscape.

“Everyone was very welcoming. You are really spoilt for choice in Cheshire for places to eat, places to go out.  It’s a real gastro part of the world.

“I would definitely recommend this part of Cheshire as a place to shoot a film.”

ITV has confirmed that a second series of Home Fires will go ahead and it is expected that filming will begin in and around Bunbury in the autumn.

Series one pulled in an audience of 6.1million, a 24 per cent audience share.

Home Fires follows a group of inspirational women, during the dark days of the Second World War who pull together for the war effort as they see their menfolk sent off to fight.

It is based on the book Jambusters, written by well-known author Julie Summers.