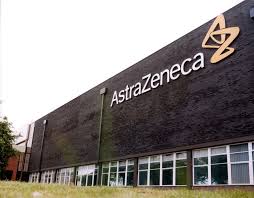 In a deal designed to build up its cancer drug portfolio, AstraZeneca has announced it will acquire a 55 percent stake in biotech firm Acerta Pharma for $4 billion. A-Z said that it may also exercise its option to buy the remaining 45 percent for up to $3 billion.

AstraZeneca will pay an initial $2.5 billion for the stake and then a further $1.5 billion upon receipt of the first U.S. regulatory approval for Acerta’s blood cancer drug, Acalabrutinib, or at the end of 2018, whichever comes first.

The transaction will be complete by the end of the first quarter of 2016, pending regulatory approval.

The drug, which has shown promise against an incurable form of leukemia and auto-immune diseases such as lupus, has the potential to become a multi-billion dollar a year seller. It is currently in the most advanced phase of clinical trials.

The ownership of the drug would provide AstraZeneca the arsenal to compete with Johnson & Johnson and AbbVie’s Imbruvica which was first approved by U.S. regulators in 2013. Both drugs belong to a class known as Burton’s tyrosine kinase inhibitors, which target an array of blood cancers by inhibiting the proliferation of malignant cells.

On Thursday, AstraZeneca’s shares were up 2 percent in early trade in London.