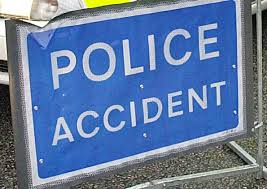 Officers from Cheshire Roads Policing team have renewed their appeal for information in relation to a fatal collision in Macclesfield.

The collision occurred at approximately 9.15am on Friday 4th December 2015 at the junction of Westmoreland Close (Upton Priory Shops) and Kennedy Avenue, Macclesfield, and involved a grey Vauxhall and a mobility Scooter .

The rider of the mobility scooter, 84–year-old Gordon Warrington, sustained serious injuries as a result of the collision and sadly died 5th December at Macclesfield District General hospital.

Investigating Officer Frank Lafferty said: “Since the collision occurred I have been following a number of lines of enquiry and as part of this I am keen to speak to anyone who was in the local area around the time the incident occurred.

“I am particularly keen to speak to the drivers of the following six vehicles, which were seen driving past the scene around the time the collision occurred: