A blue Christmas for Macclesfield’s offenders 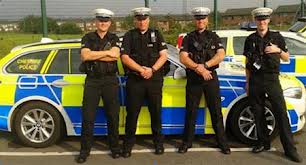 A policing operation aiming to round up outstanding and wanted offenders has made an excellent start.

Operation Hatay has been resurrected over the Christmas period, targeting those who evade justice and ensuring they are held to account for the crimes they have committed.

Teams from across the Force have been working hard to track down and arrest those people who have chosen not to turn up at court, or co-operate with the police.

The latest phase of the operation was launched on Friday morning as part of the Force’s Blue Christmas campaign and, four days on, nearly 50 people have been brought in for offences including burglary and conspiracy to commit burglary, threats to kill and a recall to prison.

This is the sixth phase of the operation. Since its first phase in March 2014 around 900 offenders have been brought in by officers.

Head of Criminal Justice & Custody, Superintendent Pete Crowcroft, is leading on the operation. He said: “Our officers have been working extremely hard to track down these offenders. Those who try to evade the courts are denying victims their chance to see justice done – often leaving many victims and communities unable to move on with their lives.

“This is the sixth phase of our operation and we are determined to ensure that these offenders are given a Blue Christmas this year. We remain as committed to this operation as the first and will continue to ensure that we’re here both for victims and for justice.”

Operation Hatay will run until Christmas Day. Cheshire Constabulary has posted a number of its Most Wanted offenders online at www.cheshire.police.uk. If you know the whereabouts of anyone or have any information on someone you know is wanted by police, please call 101.