What’s a life worth? 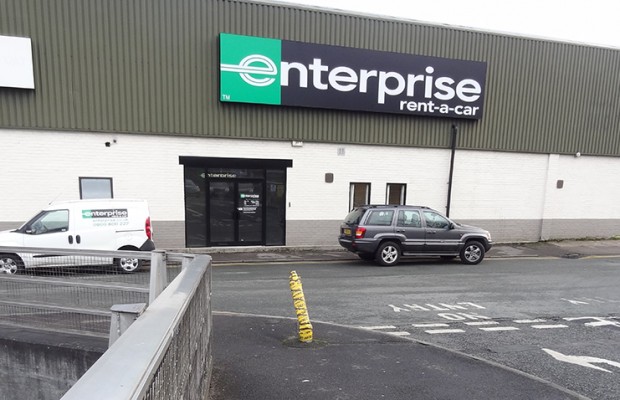 What do you consider your life, your son’s, daughter’s, mother’s or father’s to be worth?

If Tesco’s lack of response to a safety concern, I registered with them a couple of months ago, is anything to go by – the answer would seem to be – not a lot.

In fact they probably care about their customers as much as they do about their suppliers – and we all know the esteem in which they’re held.

Since the store was built – and presumably as part of the original planning consent – there have been two Stop warning road signs, on the bridge over the River Bollin, by the exit of the Tesco Hibel Road store onto Black Lane – warning exiting traffic that they were entering a road where vehicles had priority.

I’m unsure whether the signs are the responsibility of Tesco or Cheshire East – but as they sit on what I believe to be Tesco property I have to assume it’s the former.

Over the past couple of years both signs have been struck (presumably by vehicles), on any number of occasions, causing them to lean at alarming angles – and making them pretty much ineffective. The impacts had also succeeded in breaking both their illuminating lamp fittings – rendering the signs totally useless during the hours of darkness.

Bearing in mind this Tesco trades over a 24 hour period – I’d guess that would average out annually at 50% of the day.

Around the middle of 2015, following (I assume) yet another vehicular impact – the left hand sign was taken out completely.

By the end of December last year nothing had been done to remedy the issue – a proverbial ‘serious accident just waiting to happen’.

I travel down Black Lane several times daily – a journey that’s become so fraught I’ve installed an in-car camera to record what I reckon will be my – or some other pour soul’s – inevitable crash.

I reckon that on at least one, out of any three occasions I pass the junction, I encounter a vehicle exiting Tesco.

As I approach the junction I’m girding my loins, my foot hovering over the brake, in preparation for an evasive manoeuvre – whilst the drivers of the exiting vehicles, oblivious to any danger, drive straight out into the road. They appear blissfully unaware that they are entering the Queen’s highway – and that, before doing so, are required to stop, look and give way to any traffic already there.

Having given whoever was responsible several months to address the situation – which I’d guessed in my heart was futile – I wrote to Tesco’s manager around the middle of December – pointing out the significant danger the ineffective signs were posing to anyone travelling along Black Lane.

My concerns about the safety of their own customers and cyclists, pedestrians, motorcyclists and car drivers using Black Lane were evidently not reflected by Tesco – as my letter didn’t even merit a response. The right hand sign has been raised, but the light fitting is still broken

Several days into the new year and the right hand stop sign was partially restored – albeit to an almost-upright position – but with the still-broken non-illuminating lamp left swinging in the breeze. All that remains of the left hand Stop sign

I’m not too confident on getting a result there either. Having witnessed C.E. Highways Department’s performance at the recent planning meeting – held to discuss the demolition of the old Waggon & Horses in Bollington and it’s replacement with a Sainsbury’s supermarket – ‘Highways’ appeared worryingly oblivious to the potential threat to life and limb that the scheme presented.

But here’s the thing, if you, or anyone you know, has been involved in an accident there – advise them that both Tesco and Cheshire East have been made fully aware of the situation – yet, so far, have failed to rectify matters.

My legal knowledge is limited, but I reckon that your legal team may establish that one or both, through their failure to maintain the signs, have contributed to that accident – which may give you a case against them.