Amnesty brings in over 100 firearms 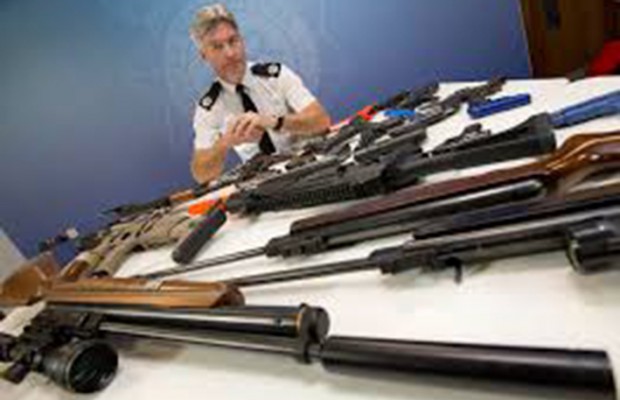 Over 100 firearms have been removed from the streets of Cheshire as a result of the force spring firearms surrender, ‘Give up the Gun’.

The surrender was a regional initiative which allowed members of the public to hand in any unwanted or illegally held weapons without fear of prosecution.

In total 127 firearms were handed in at Cheshire Police stations during the two week surrender period, from Monday 4th to Monday 18th April. The weapons ranged from rifles to shotguns, with antique weapons making up the majority of firearms.

Superintendent Bev Raistrick said: “It’s rewarding to see that so many people had the confidence to come forward and surrender items during this campaign.  As a result of the actions taken these people have all helped to ensure that these firearms don’t get into the wrong hands and can never be used for criminal purposes.

“Although gun crime in Cheshire is low we must never forget that firearms are extremely dangerous, and can be deadly if they get into the wrong hands.

“This surrender was just one of a number of measures that we are taking to help to keep it low and reduce it even further.”

All of the weapons which were handed in during the surrender period will now be deactivated and destroyed, ensuring that they never get into the wrong hands.

Superintendent Raistrick added: “Although some people may be alarmed at the number of firearms we have received I would like to reassure the public that the majority of weapons were antiques which had been passed down through generations, whilst others were licenced firearms which were no longer used.

“As a result of this campaign there are now 127 fewer firearms on the streets of Cheshire, which means that there are now fewer opportunities for them to get into the wrong hands and be used for criminal activities.

“I urge anyone who still holds an unwanted or illegally held firearm to contact us on 101 so that we can arrange for it to be collected and destroyed.”

Anyone who is concerned about illegal weapons in their local community is urged to contact Cheshire Police on 101. Alternatively information can be reported anonymously to Crimestoppers on 0800 555 111.