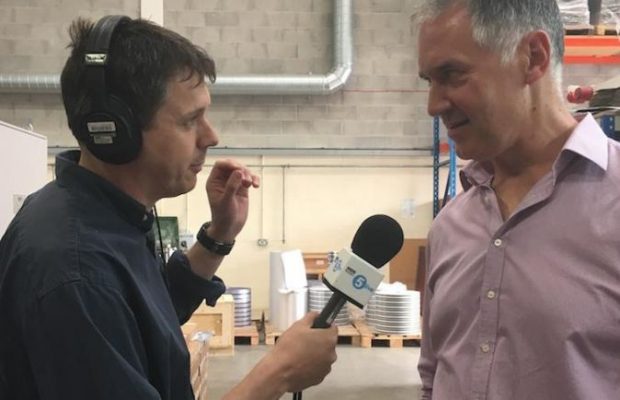 Plastic Card Services (PCS) has represented the North West business community on national radio and TV after the BBC broadcast from its Macclesfield-based manufacturing facility.

The company was first approached by BBC Radio 5 live to talk about Brexit’s impact on colleagues and friends in the workplace, when the BBC’s Adam Parsons interviewed PCS MD Rob Nicholls and employees live on air throughout last Thursday morning (July 21).

Following the success of the Radio 5 live broadcast, the BBC returned this week (July 25) with a camera crew and presenter Colletta Smith to broadcast live from the PCS factory for the BBC Breakfast show and its 7m viewers.

During the interview, PCS’ Rob Nicholls discussed the value of the pound and how it affected exports and imports, as well as the preemptive steps he took to mitigate the impact on the business.

Plastic Card Services employs more than 50 people at its plant in Tytherington and works with clients across the UK, Europe and elsewhere.