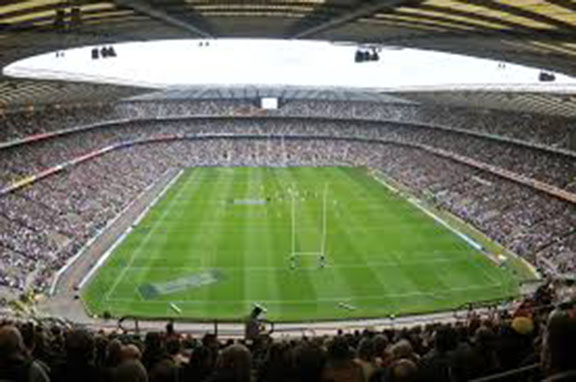 Sports fans from across Macclesfield are in with the chance of winning two tickets to see the show-stopping England vs France game in the 2017 Six Nations at Twickenham on 4 February.

The Grosvenor Centre and Macclesfield RUFC (MRUFC) have teamed up to give one lucky shopper and a friend the chance to visit the hallowed turf, and home of English rugby, to see one of the most highly anticipated games of the tournament.

To enter, all shoppers have to do is take a selfie with the MURFC poster which will be located in the centre from 7 January and share via the Grosvenor Centre’s Facebook page The winner of the sought-after tickets will be chosen at random on 16 January.

Ed Kennedy, Grosvenor Centre Manager, said he was delighted to be able to offer a chance to win the tickets to the blockbuster game. “This is a fantastic opportunity for shoppers to get their hands on tickets to see Eddie Jones’ men at Twickenham and I’m thrilled that we’ll be giving the tickets away,” said Ed.

“Everyone at the centre is really looking forward to seeing the brilliant selfies that our shoppers take.”

David Wilkinson, Commercial Director at MRUFC, said he was pleased that the club and the centre had teamed up for the competition. “This is our way of showing our thanks to the people of Macclesfield for their support so far this season. We’ve enjoyed a great partnership with the Grosvenor Centre since their sponsorship of MRUFC started in April and I’m thrilled that we’ll be giving the tickets to one lucky rugby fan.

“England vs France is going to be a great game with a fantastic atmosphere and the winner is set for a brilliant day at the home of English rugby.”

The Grosvenor Centre will be giving away a pair of tickets to see England vs France in the Six Nations at Twickenham on Saturday 4 February. To enter, shoppers need to take a picture of themselves with the MRUFC poster located near The Fragrance Shop and post it to the centre’s Facebook page. The poster will be on display from 7 January and one lucky winner will be chosen at random and notified on 16 January.