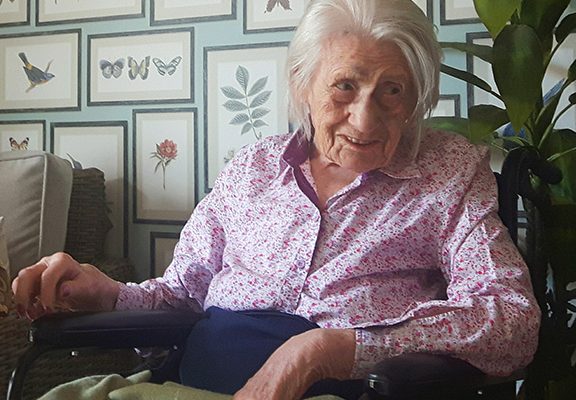 We’ve been contacted regarding an item we posted earlier in the year, relating to a British Film Institute archive film of a Macclesfield Silk Queen’s coronation in 1933.

The BFI had been unable to trace details of the film’s star, but we’re advised by the featured Silk Queen’s daughter that the lady’s name is Alice Lillian Handforth.

Known to everyone as Lillian, her daughter, Flora, told ilovemacc that Lillian was the daughter of William Handforth and Sarah Alice Handforth – who lived in Macclesfield at the time.

We’re very happy to report that Lillian is in good health – and will celebrate her 103rd birthday in February 2017.

Lillian now lives in Stratford -upon Avon – near to her family.

We hope you have a wonderful birthday Lillian.