Quarry Bank to shed light on invisible women of its past 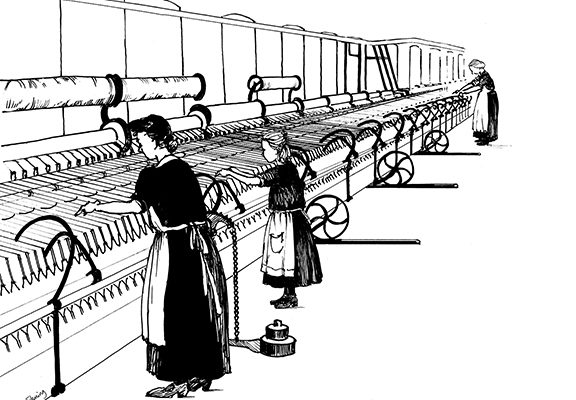 Research carried out at Quarry Bank is set to dispel the Victorian narrative and view of women as ‘the angel in the house’.

Instead they are revealed as explorers, leaders and the backbone of the mills that helped power the Industrial Revolution.

Until now – and despite making up the overwhelming majority of the workforce at Quarry Bank in the 1800s – many of their stories have remained untold simply because of their gender.

However, from January 21 an exhibition at Quarry Bank will give these characters from the Victorian and Georgian eras their rightful moment in the spotlight.

Records have also shown these women were facing issues still being discussed today including a huge pay divide, the merits of breastfeeding and a lack of managerial positions open to them. “Some of these women lived more than 200 years ago yet the issues they faced seem remarkably familiar to us today,” said Ruth Colton, who has curated the exhibition.

“What will resonate with everyone who visits the exhibition is its relevance to us and it will provoke debates about how far we have moved on.” Experts and volunteers from Quarry Bank have spent months researching the mill’s archives exploring the women’s journals, letters as well as the censuses from the 1800s.

A Woman’s Work is Never Done focusses on the girls who lived and worked in the Apprentice House as well as the ladies of the Greg family who owned the mill.

It uses art, humour and Quarry Bank’s amazing archives to bring these characters to life.

Among the issues it raises is the pay gap through the story of Margaret Magin who became an overlooker in the mill, but earned a third of what her male counterparts were paid.

No woman reached a senior managerial position although several did become overlookers – a position that could be considered ‘middle management’.

“The problems we had in putting this together is that most of our records of women are through their interactions with men,” said Ruth.

“We lose these characters because of the way the records were kept, but hopefully they will no longer remain invisible because of the work everyone has put into this exhibition.” Another star of the exhibition is Elizabeth Greg who as a child was given gifts of tea sets and dolls whilst she preferred to draw maps and dream of exploring the world.

She went on to visit India in 1898 where she photographed the Taj Mahal before setting off on a world tour.

Issues such as breastfeeding and post-natal depression are also raised through the women’s words and experiences.

“They face adversity, but they are not victims,” said Ruth. “They are strong actors in their own destinies.

“I don’t know how comfortable they would have been living today because so much of their personalities is borne out of the time in which they lived.”

Manchester WI, Wilmslow High School and Styal Women’s Prison have created pieces of art for the exhibition to help tell parts of the story.

Three emerging artists, either studying or recently graduated from Manchester Art School, have contributed as has cartoonist Jacky Fleming who has taken a light-hearted look at the difficulties of tracing women’s history.

The exhibition – which is supported by Arts Council England’s Museum Resilience Fund and the Heritage Lottery Fund – is free although normal mill admission prices apply. It runs from January 21 to April 17.