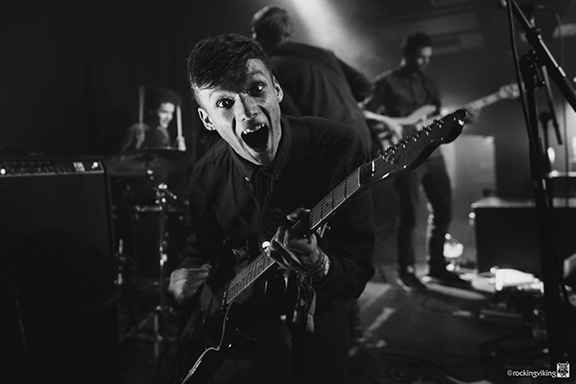 Emerging from Hope Valley and Sheffield, Oddity Road are young musicians with a bright future in the music business.

The group, featuring Joel Gilbourne on bass, Ethan Lambert on drums, Dan Brennan on guitar and Jack Heath on vocals and guitar have won the support slot for indie group Space when they play Buxton’s Pavilion Art Centre as part of their new UK tour.

It’s not the first time that Oddity Road has performed at the venue; the group were invited to play Indigo Nights, a teenage band night last December, where they went down a storm.

2016 also saw the lads hit the stage for the first time delivering energetic live sets at Tramlines, the O2, The Plug and The Leadmill Sheffield, amongst many others; and also picking up radio airplay on BBC Introducing along the way!

2017 has taken off in mightily fine style for the band; not only are they joining the indie music legends Space, but also The Sherlocks at a number of venues during their massive UK tour.

Space with support of Oddity Road takes place at the Pavilion Arts Centre on Thursday 9 February at 7.30pm.  First coming to prominence in the mid-1990s, Space have sold over two million albums worldwide with titles including Spiders, Tin Planet, Suburban Rock and Roll and Attack of the Mutant 50ft Kebab. The band continues to write gritty and creatively interesting pop songs, making for a feel-good night of new music combined with 90s nostalgia. Their new album Give Me your Future has been produced by Grammy and BRIT award-winning producer Steve Levine, who has worked with The Clash, Culture Cub, Beach Boys, Deniece Williams and Gary Moore to name a few.

Tickets for Space with support of Oddity Road are priced at £15. To buy tickets call the Box Office on 01298 72190 or visitwww.buxotonoperahouse.org.uk