Home / Community / Some of the worst children’s jobs in history

Some of the worst children’s jobs in history 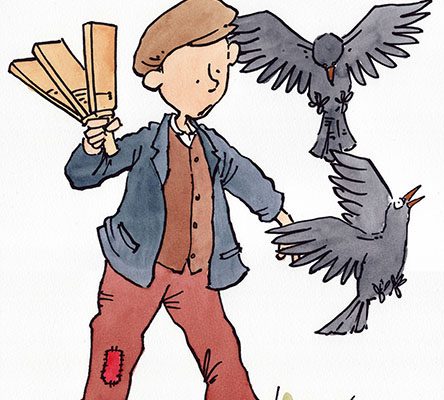 Images: Mike Phillips, of Beehive Illustration, has created a series of illustrations of the different ‘worst jobs’ that children carried out at Quarry Bank.

However, families visiting Quarry Bank will discover it is also a lot of fun as they are invited to try out The Worst Children’s Jobs in History (at Quarry Bank) this summer.

Inspired by Sir Tony Robinson’s captivating Worst Jobs series and Quarry Bank’s amazing archive, children will be able to test their mettle against some of the most exhausting, dirtiest and disgusting jobs imaginable.

“This experience will tell you things you probably didn’t want to know about the back-breaking, puke-inducing bits of being a child in the past,” said Kate Picker, of the National Trust.

“We have recreated some of the jobs that used to be part of the daily life of child workers at Quarry Bank and given them a modern twist.” Sir Tony Robinson, famous for television roles in Blackadder and his Time Team, will attend the launch.

He said: “I delved into the worst jobs in history to shed light on a previously unsung army of workers who helped shape the world as we know it and that certainly describes the child workers at Quarry Bank.

“It will be great to be a part of this experience for a day at Quarry Bank because it will no doubt educate and entertain thousands of children over the summer.”

At the launch event, from 29 April until 1 May, families will also be able to take part in an interactive show with characters including overlooker ‘Mr ‘Ardgraft’.

Free tickets for the launch shows are available on the Quarry Bank website.

Child workers were the backbone of the mill at Quarry Bank and carried out such jobs as catching moles, scaring birds and twisting cotton.

Much of the work took place in the mill and was often dangerous as well as dirty.

Piecers had to dodge the moving machinery of the spinning mules as they stuck together broken pieces of cotton while stokers’ skin would burn as they shovelled coal into the boiler.

During the May half-term, visitors can take an interactive worst jobs quiz and find out whether they would be hired or fired, and throughout the summer holidays there will be themed events focussing on ‘worst job’ challenges.

The Worst Children’s Jobs in History runs from 29 April until 10 September. For more details go to www.nationaltrust.org.uk/quarry-bank