Hats off for the National Trust . . . or Cheshire East? 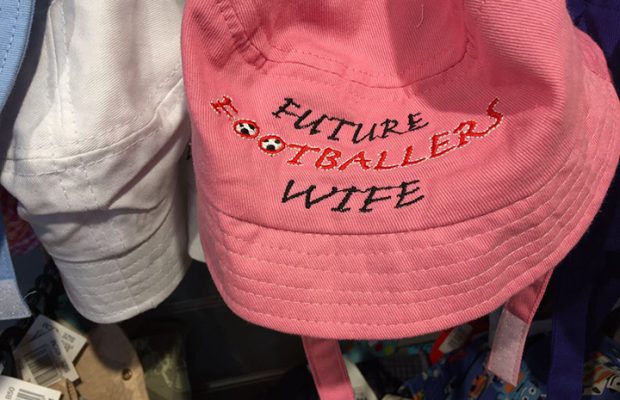 Our Portugal-based twitter correspondent has told us that the Twittersphere has been buzzing with excitement and controversy following the revelation that “Future Footballers Wife” hats  were being offered for sale at one of Tatton Park’s gift shops.

Apparently a sustained campaign from outraged ‘twitterers’ . . . or is that ‘tweeters’ . . . or ‘twits’ . . . were attacking the National Trust . . . until they eventually responded saying the estate was bequeathed to the charity in 1958 but is financed and maintained by Cheshire East Council.

We understand the offending items have now been removed from the gift shops.

But could that be construed as WAG prejudice?