Home / Brassingtons / Can you help find this escaped prisoner?

Can you help find this escaped prisoner? 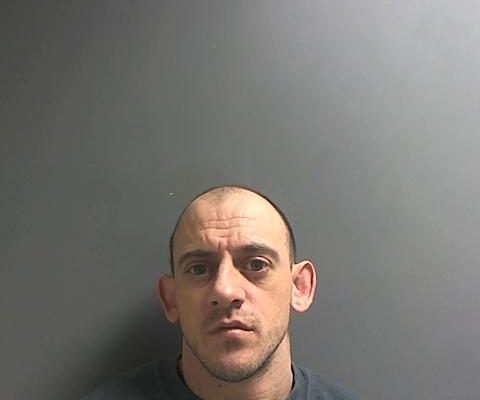 Officers from Cheshire Police are appealing to the public to help locate an escaped prisoner.

Joseph Grima was arrested by officers on Thursday 25 January. He was subsequently charged with a number of offences including kidnap, robbery and possessing an imitation firearm. He was taken to hospital in the early hours of this morning after he said he was feeling unwell.

Grima is white, approximately 5’ 5” tall, of stocky build with brown eyes and short shaven brown hair. At the time of his disappearance he was wearing a skin tight grey Nike top and grey jogging bottoms; he was also handcuffed to the front.

He is from the Macclesfield area and also has links to the Salford and Eccles areas of Greater Manchester.

Superintendent Debbie Hooper said: “The search for Grima is ongoing and there is currently a large police presence in the local area.

“As part of this I’m keen to hear from anyone who knows where he may be or has seen anyone matching his description. I would urge anyone who sees him not to approach him, but to call us immediately on 999.”

Anyone with any information in relation to the whereabouts of Grima is urged to contact Cheshire Police on 999 immediately quoting incident number 965 of 25 January 2018. Information can also be passed anonymously, via Crimestoppers, on 0800 555 111.