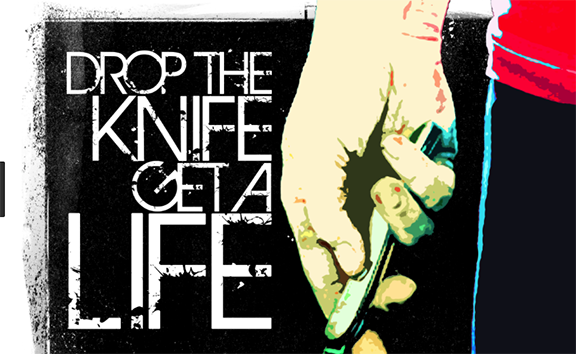 Anyone wishing to hand in a knife as part of a national campaign to tackle knife crime have until Monday to do so.

Operation Sceptre is a week of action that aims to reduce the impact of knife crime in communities.

Cheshire is ranked ninth out of 42 (excluding the city of London and British Transport Police) for knife crime in all forces across the country.

There are a number of surrender bins available for people to hand in knives between February 12 and 19 at four police stations, including Macclesfield. Police and Crime Commissioner for Cheshire, David Keane, said: “Carrying a knife is a crime which brings that added risk that a minor issue can escalate into something much more serious and potentially life changing.

“The damage caused by knives, not just to the victim and their families, but also to the wider community, can be devastating.”

Assistant Chief Constable Sacha Hatchett said: “The law is quite simple, it is illegal to have a knife in your possession in a public place without a reason, and if you break that law you could face a prison sentence.”

Retailers are being asked to put in robust controls on the sale of blades, such as kitchen knives, as part of the operation.

ACC Hatchett added: “Whilst Cheshire has not experienced any recent knife related murders, people have been seriously injured.

“We need to act now and work with residents, partner agencies, the business community and schools to reduce the number of knives on streets.

“We also need to work with young people themselves to spread the message that carrying a knife can ruin their life rather than save it.”