Home / Community / M60 ‘improvements’ may be completed by summer

M60 ‘improvements’ may be completed by summer 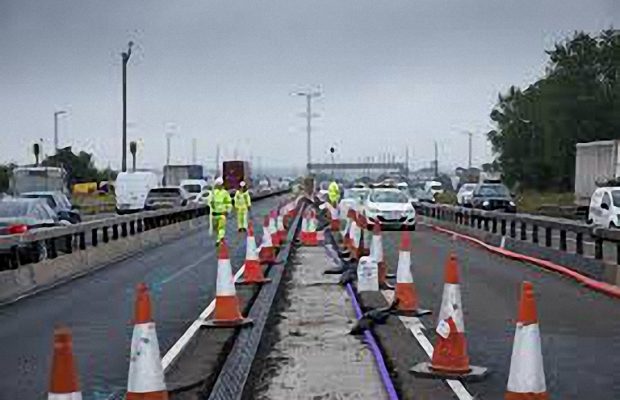 The end is finally in sight for long-suffering motorists who use the M60 motorway.

Highways England has confirmed that the work to convert the M60 into a smart motorway – i.e. a motorway equipped with speed cameras – is due to be completed by the end of this summer.

The £208m scheme, which was originally due to be completed in December, has taken four years.

Highways England has warned that there will be overnight closures in the coming months but the work is on track to finish in the summer.

A spokesperson for the Highways England said: “As we work towards the final phases of this project, there will be various elements of work, including resurfacing, between now and summer 2018 when the scheme will be fully completed.

“This work will require overnight carriageway closures. We will ensure there are adequate signs on the network to ensure road users are able to use suitable diversion routes.”

Construction work will also continue on the M60 to complete the installation of over 350 electronic signs, over 100 traffic sensors and 50 CCTV cameras. The 50mph speed limit will stay in place throughout the work.

The stretch of motorway is used by over 180,000 vehicles per day. It suffers from heavy congestion and unpredictable journey times, especially during peak periods.

This project started as three individual schemes, but has been re-assessed a number of times. The result is a combined scheme approach covering the whole “corridor” between M60 junction 8 and M62 junction 20. This route is approximately 17 miles (27 km) long and has 11 junctions along the route.