What’s the future for Macclesfield’s shoppers? 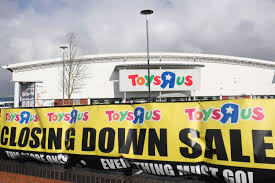 The carnage on the high street is showing no sign of easing with yet another big name announcing major problems.

Fashion firm Bench, which was set up in Manchester in 1989, has announced it is filing for administration.

A string of firms including Debenhams, House of Fraser, New Look and bargain retailers such as Poundworld have all had problems and high-profile collapses have included Toys R Us, Bargain Booze owners Constellation and Maplins.

What does this mean for Macclesfield?

Well it’s an indicator of the precarious state of retail in Britain – reflected in the number of shops closing in the town centre over the past twelve months.

And, right now, is not the time for Cheshire East to be selling off Churchill Way car park to developers. Macclesfield may need another cinema – but it needs to secure its future with adequate car parking and the loss of nearly 400 spaces could have a dramatic impact on any sort of recovery.

The Grosvenor Centre development is nearly completed and it’s critical that nothing is done to impact on its success. If shoppers do come into Macclesfield to visit the new TKMaxx store they will need somewhere to park – not a cinema.