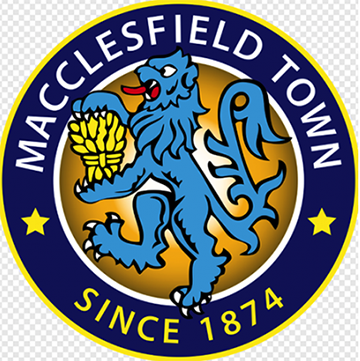 Macclesfield Town FC fans get a chance to share in the Silkmen’s recent league cup success next week.

Leek United Building Society has invited the club to take their Vanarama National League trophy to the Society’s branch in Macclesfield, for a special supporters ‘photocall’.

For a full 90 minutes – kicking off at 12 noon on Wednesday 30 May – fans young and old will be able to have ‘selfies’ taken with the trophy, which paved the way for Macclesfield Town’s promotion to playing in League Two next season. James Beckett, the club’s Media Manager, said: “We’re really happy to be able to get out and about in the community with the National League trophy.

Veronica McNeil, Manager of Leek United’s Macclesfield Branch, added: “We’ve enjoyed close links with Macc Town for many years now and, as you’d expect, a lot of our customers are dedicated supporters.

“We’re delighted at their fantastic achievement of gaining promotion to the English Football League, and to have the trophy down at the branch will give a lot of fans – especially youngsters during half term week – the chance of capturing a little bit of club history on camera.”

Macclesfield Town FC’s Vanarama National League trophy will be at Leek United branch in Chestergate from 12 noon to 1.30pm on Wednesday 30 May 2018.