Home / News / Entertainment / Gawsworth will be rockin’ – will you?

Gawsworth will be rockin’ – will you? 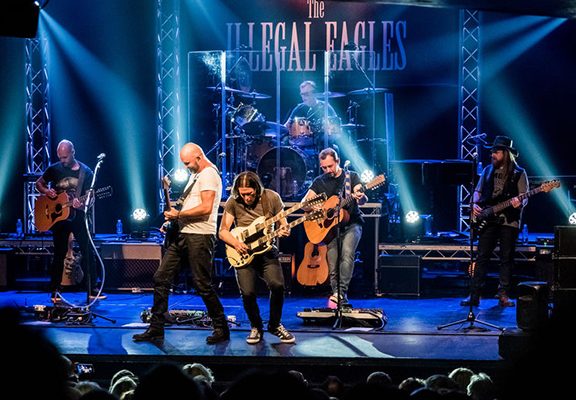 The World’s Official No.1 Eagles tribute band is on stage at Gawsworth Hall this Sunday – and there are still tickets available for a show of their trademark musical prowess, acute attention to detail and incredible showmanship.

The band was formed in 1996 by Phil Aldridge, a professional musician and huge Eagles fan. Following his attendance at the Eagles Hell Freezes Over Tour he was disappointed by it being their last live concert and he started to assemble a band who would celebrate the live sound of Eagles.

This phenomenal group of professional musicians have now been touring for over two decades and remain true Eagles fanatics! Their longevity and continued international acclaim are due in no small part to their extraordinary mastery of the Eagles distinctive sound.

Featuring the very best from the Eagles repertoire including Hotel California, Take it to the Limit, Life in the Fast Lane, Take It Easy, Lyin’ Eyes, Desperado and plenty more!

For tickets and info: https://www.gawsworthhall.com/product/illegaleagles/

Share this...
Related Items
← Previous Story Watch out for fake LinkedIn emails
Next Story → Bosley to Buxton A54 closed for 16 weeks