Family speak out after woman jailed for drink-drive fatality 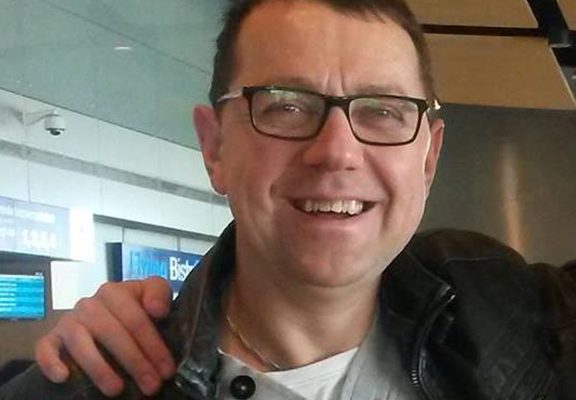 The family of a man killed in a fatal collision in Knutsford have spoken of their pain and anguish following the sentencing of the drink driver who hit him.

Miroslaw Chlap (Mirek) died on Sunday 4 September 2016 after he was struck by Melissa Darbyshire as he cycled home from work.

Today, Monday 30 July, Darbyshire, 33, was sentenced to eight years in prison and banned from driving for nine years, having earlier been convicted of death by careless driving while over the legal alcohol limit.

Mr Chlap’s wife of 21-years Nina said: “The death of my husband has affected all of us; the whole family and everyone he knew. Mirek was the mainstay of our family, a source of support as well as contagious optimism and joy.”

“He was the greatest role model for our children. We always knew we could rely on him, even in the toughest of times. He would always spend all the time he could with the kids, playing, laughing, having fun – our house was full of happiness and joy. However, since my husband died our house has been silent.”

“The person who caused the accident has ruined my and my kids’ lives, as well as their own life and the lives of their family. This didn’t need to happen; it could have been so different – if only…”

Mr Chlap’s brother-in-law Marcin Marek added: “Mirek was my best friend and I treated him as my older brother. I can’t accept his death and the way he died. I think I will never reconcile with the fact that he’s gone. When I think about him I try to recall good moments but then I always see Mirek lying and dying in the dark, in rain. There was nobody with him.”

“He was suffering and dying alone waiting for help to come. I cannot understand how a person who knocks somebody down can run away, not to give help or call an ambulance? Throughout the trial I did not notice even a bit of remorse or regret from Ms Darbyshire for what happened on that night and her attempt to deceive all by presenting false evidence was simply hideous.”

“The only relief I have is that the jurors were not lured in by her the mystification and false testimony. Her family will have numerous occasions to have contact with her. However, Mirek’s family will never see him again…”

“Ms Darbyshire could have paid £10-£15 to get a taxi home – but instead she chose to drink drive – how can that amount be equivalent to the life of my brother-in-law?”