Home / News / A real rocker of a show

A real rocker of a show 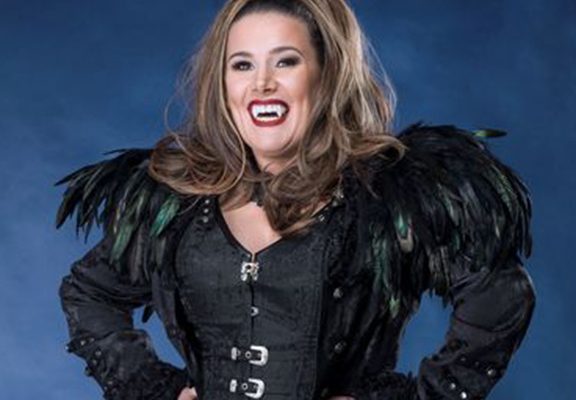 Sam Bailey is about to get her teeth into a real Rocker of a show when she takes the role of the Vampire Queen in the hit touring musical extravaganza Vampires Rock Ghost Train for the 2019 Spring tour.

X Factor winner Sam will be stepping into the shoes of legendary singer and actress Toyah Willcox who played the part for two years performing over 200 shows.

Sam will be joined on stage by the creator of Vampires Rock, Steve Steinman, plus a full cast of dancers, singers and musicians. For the past fifteen years Vampires Rock has played to more than a million people worldwide and Steve has a fan base most rock stars would be proud of.

Over 25 years ago Steve Steinman shot to fame on the hit TV show Stars In Their Eyes as Matthew Kelly announced “Steve Steinman is Meat Loaf!”

With a 40 date UK and Ireland tour and even a hop, skip and a jump over to Jersey for 3 shows this is truly going to be a show not to be missed!

This Rock-tastic, hilarious, musical show lives up to its rocking reputation.  A tongue in cheek storyline, spellbinding cast, guitar gods and sexy vampettes take you on a ride through some of the Greatest Eighties Classic Rock Anthems ever!  Throwing just the right amount of fun and humour into his script ensures that Steinman always has the audience roaring with laughter.  Including tracks from Queen, AC/DC, Meat Loaf, Journey, Guns n Roses and more.