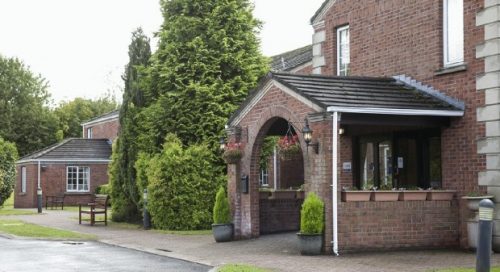 The Wilmslow group is the UK’s largest care home operator, serving around 17,000 residents and employing 20,000 staff.

Four Seasons said today that administration will not affect care arrangements or lead to the closure of any of its 322 homes.

Group medical director Dr Claire Royston said: “Today’s news does not change the way we operate or how our homes are run or prompt any change for residents, families, employees and indeed suppliers. It marks the latest stage in the group’s restructuring process and allows us to move ahead with an orderly, independent sales process.”

The group has been struggling to restructure its debt pile of more than £500m. Its debt concerns have been an ever-present factor for several years. In December 2017 TheBusinessDesk.com reported that it was on the brink of going into administration as the deadline for a £26m interest payment loomed.

However, its move into administration was confirmed today (April 30) after two of the holding companies behind the firm appointed administrators.

Cuts to local authority care fees and rising costs are said to have been an ongoing problem for the group.

Terra Firma Capital Partners, the private equity firm, bought the group in 2012 for £825m but has since seen a £450m writedown on its investment. It has also ceded control of the group to US hedge fund H/2 Capital Partners, which holds a large amount of its debt.

And while holding companies Elli Finance (UK) and Elli Investments are in administration, the operating companies that run Four Season homes are not. The group said it had secured funding to ensure continuity of care while it seeks a new owner.

Four Seasons Health Care was founded in 1988 by Scottish entrepreneur Robert Kilgour and opened its first care home in Kirkcaldy, Fife, in May 1989.

Up until a couple of years ago Four Season owned Weston Park Care Home but this was sold to Capital Care Group in 2017.

It went through several changes of ownership in the intervening years, culminating in Terra Firma Capital Partners buying it in 2012 for £825m.

Share this...
Related Items
← Previous Story Biddulph Grange – a garden for all seasons
Next Story → Wanted man added to Europe’s ‘Most Wanted’ list