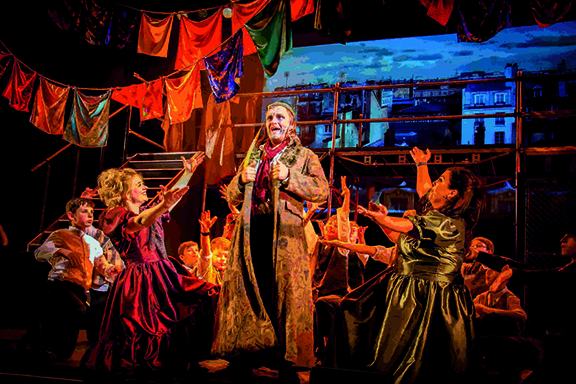 The musical masterpiece Oliver! swaps the streets of London for Buxton.

Following the huge success of Buxton Opera House’s production of West Side Story, talented young local performers will be taking to the stage once more to star in the ever-popular hit musical Oliver! by Lionel Bart.

The streets of Victorian England come to life as Oliver, a malnourished orphan in a workhouse becomes the neglected apprentice of an undertaker. Oliver escapes to London and finds acceptance amongst a group of petty thieves and pickpockets led by the elderly Fagin. When Oliver is captured for a theft that he did not commit, the benevolent victim, Mr Brownlow takes him in. Fearing the safety of his hideout, Fagin employs the sinister Bill Sikes and the sympathetic Nancy to kidnap him back, threatening Oliver’s chances of discovering the true love of a family.

Oliver! is one of the best known British musicals and since its premiere in 1960, it has established itself as a masterpiece of entertainment for all to enjoy. Oliver! has enjoyed successful long runs all over the world including on Broadway, the West End and of course the award-winning film. Lionel Bart also received the 1963 Tony Award for the Best Original Score for Oliver!