Appeal after boy assaulted in Poynton 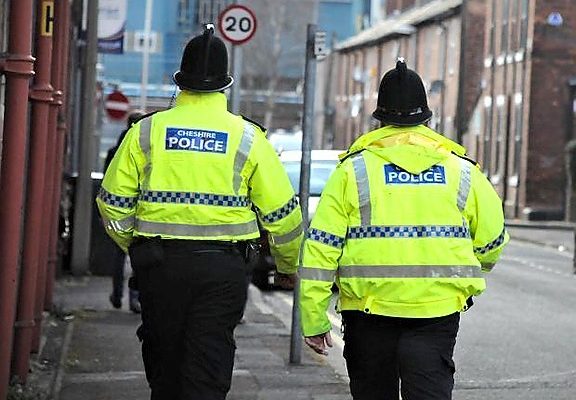 Police investigating an assault in Poynton are appealing for information and footage from members of the public.

Between 8.30pm and 8.50pm on Sunday 28 April a group of three children were accosted by a stranger as they pushed a shopping trolley along Chester Road. The man grabbed one of the children before pushing the trolley into another one of them. The trolley was pushed with such force that it left the 13-year-old boy from Poynton with a serious hand injury that required hospital treatment.

The man is described as white, aged approximately 25 to 30 years old and around 6’ tall of slim build and riding a red bicycle. He was wearing a blue helmet and grey baggy jeans and carried a red Manchester United bag.

Enquiries in relation to the incident are ongoing and officers are urging anyone who was in the area and saw what happened, or anything else that may aid the investigation, to get in touch. They also want to speak to anyone who believes they may know who the man is or have CCTV or dashcam footage of him.

Police Constable Paul Jacklin said: “This was a frightening incident that understandably left the children extremely shaken up. It has also left one of them with a serious hand injury that required hospital treatment. I would like to reassure residents that this is believed to have been an isolated incident and we are doing everything we can to find out who the man is and make him face the consequences of his actions. As part of our investigation we are appealing for anyone who was in the Chester Road area of Poynton and witnessed the incident, or believes they saw the man, to come forward.”

“The same goes for anyone who recognises the description of the man and thinks they may know who he is. We also want to hear from anyone who believes they may have CCTV or dashcam footage of him. We particularly want to speak to the people in vehicles who stopped to assist the children. I would also like to appeal directly to the man to get in touch.”

Anyone with information or CCTV footage that may help the ongoing investigation should call Cheshire Constabulary on 101, quoting IML 387073, give the details via https://cheshire.police.uk/contact/general-enquiries or contact Crimestoppers anonymously on 0800 555 111.