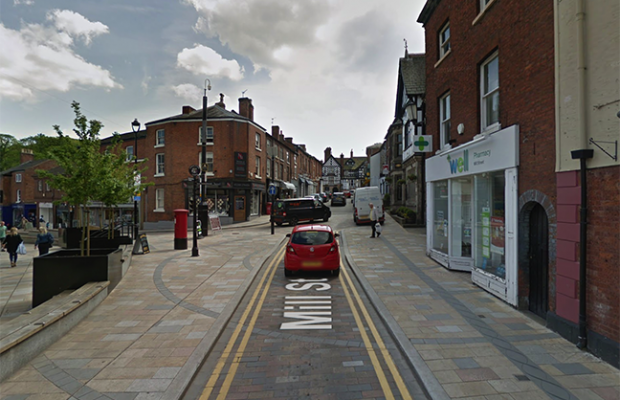 Cheshire Police are urging witnesses to come forward after a woman was sexually assaulted in Congleton.

The 26-year-old victim was walking along Mill Street in the town centre at around 3.30 am on Sunday 21 July. She passed a man walking in the opposite direction to her – who turned around, caught up to her near the Well Pharmacy, then touched her inappropriately from behind. He then ran off in the direction of West Street and Wagg Street.

The offender is described as white, around 30 years old and around 6 ft tall. He had a slim build, dark brown medium to short length hair and was wearing a blue T-shirt and dark coloured (possibly grey) trousers.

Enquiries in relation to the incident are ongoing and officers are appealing for anyone who was in the area and witness the incident, or anything else that may help the investigation, to get in touch.

They also want to speak to anyone who believes that they may know who the offender is, or have CCTV or dashcam footage of him.

“I would like to reassure residents that it is believed to be an isolated incident and we are determined to find out who the offender is and make him face the consequences of his actions.

“Enquiries are ongoing and I urge anyone who thinks that they may have information or footage regarding the incident or the offender to contact us.

“Perhaps you recognise the description of the offender or believe that you saw him, or have CCTV or dashcam footage of him, in the early hours of Sunday morning.

“If you think that you can aid the investigation in any way please get in touch.”

Information can be given to Cheshire Constabulary by calling 101, quoting IML 462759, or visiting https://cheshire.police.uk/contact/general-enquiries. Alternatively you can contact Crimestoppers anonymously on 0800 555 111.

Related Items
← Previous Story Use Marks & Sparks or lose it.
Next Story → Death of international search and rescue dog Bryn