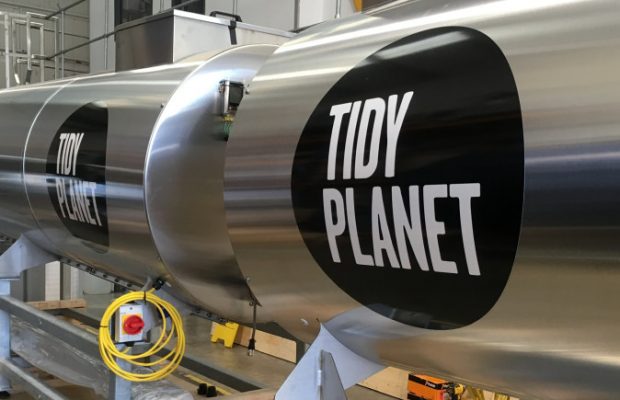 Tidy Planet, based at Tytherington Business Park, will will be installing one of its A1200 Rocket Composters at Blanc’s Michelin-starred restaurant, Belmond Le Manoir aux Quat’Saisons.

Tidy Planet’s composting and food waste processing equipment will be used to help the site compost 94 per cent of its annual food waste as well as the hotel and restaurant’s horticultural waste. The resulting compost will be used in the hotel’s vegetable and herb gardens and orchards.

It’s estimated that Belmond Le Manoir will process around 50 tonnes of organic waste per year – generating 25-30 tonnes of compost and cutting its general waste figures by 13 per cent.

Huw Crampton, sales manager at Tidy Planet, said: “Our drying technology will create a fine particle, homogenous product that can be composted on site, whereas without this process, the wastes Belmond Le Manoir produces would have otherwise been rejected by their current disposal route, or would have been extremely difficult to compost on site.”

“We’re very passionate about empowering organisations all over the world to manage their own organic wastes and being able to support Belmond Le Manoir in the next chapter of its sustainability venture is very exciting.”

Rhodri Williams, from Belmond Le Manoir, said: “Wherever possible, every aspect of Belmond Le Manoir is driven by ethical and environmental values. The Rocket Composter will not only enable us to implement a closed-loop system for our organic food wastes, but it will change our recycling and food waste culture.”

“Currently, we send all our food waste for anaerobic digestion but having an on-site solution will enable us to independently treat all our waste at source and harness it as a valuable resource. As a result, we also expect a £9,000 saving in off-site disposal fees during the first year of the composter’s installation.”