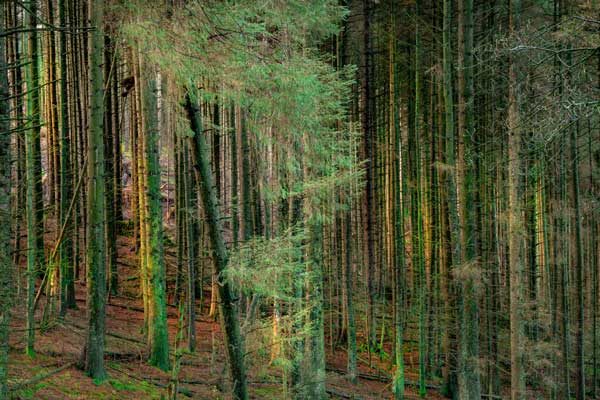 Macclesfield’s Barnaby Festival will return in 2020 to celebrate its tenth anniversary with ten days of cultural activity exploring the theme of Vision.

The festival from June 18 – June 28 will fall over two weekends. The first weekend will be billed as First Light and will explore the summer solstice.

One of the new commissions will be by artist Simon Buckley who produces the Not Quite Light project.

He is known for taking photographic images in the half-light of dawn and dusk. Simon who is based in Salford became well known for his image of Deansgate in a rainstorm, which went viral on twitter and featured in The Guardian newspaper.

For Barnaby Festival, Simon will be exploring the connection of Macclesfield to the forest with a new piece of work Our Future is Ancient.

On December 22, the shortest day, Simon will be in Macclesfield Forest at dawn streaming his images through social media.

He will then return to the forest each month on the dawn of the full moon between December and June to capture images for an installation during Barnaby Festival.

Simon said: “The idea is that I start to look at Macclesfield during the winter solstice. The light at this time of year is totally different to the light in the summer. The summer solstice will be during Barnaby’s first weekend and my work will capture the changes leading up to it.”

“I’m going to begin the project at the Winter Solstice. The light will evolve between now and the Summer solstice, moving from the pale, ethereal colours of December, January and February through to the richer shades of spring and summer.”

“The light at dawn is magical, it’s the basis for so many fairy stories, and so I will be exploring the connections we urban people still have with the natural world.”

“Despite being surrounded by the symbols of the modern age, we are still very much governed by nature. The ocean is still moved by the tides, despite the invention of the Smartphone. There is no App for that.”

“Our Future is Ancient is an exploration of Macclesfield Forest. I will be creating an installation for Barnaby and I’ll also be doing a performance on the longest day of the year.”

He added: “I’m from the city and yet when I go up into Macclesfield Forest in the dark, I’m more afraid there than I am in Salford. It’s a strange feeling, almost primeval. I think it’s very ethereal in the early morning and I am interested in the history of the forest and its connections to folklore.”

Abi Gilmore, co-chair of Barnaby Festival, said: “We’re delighted to have Simon creating this work for us. It is such an exciting interpretation of our theme of Vision and Simon is really committed to capturing something special.”