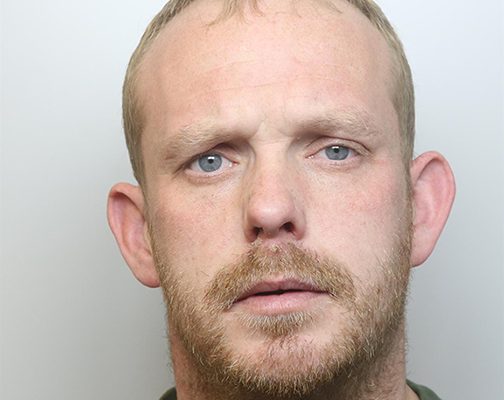 A burglar who stole jewellery and commemorative coins from a charity shop in Macclesfield has been jailed for three years.

Scott Christopher Peaver, of Parkgate Road, Macclesfield, broke into the East Cheshire Hospice Store on Tuesday 21 May by forcing open the front door. Once inside he stole a quantity of jewellery and commemorative coins from the Thornton Square shop.

The 31-year-old was also convicted of attempting to break into a phone shop on Mill Street on Tuesday 28 May. Peaver was arrested after he was captured on CCTV footage from a neighbouring store.

Following his arrest a search warrant was executed at Peaver’s Macclesfield home where officers discovered a number of items linking him to the burglary at the charity shop.

Detective Constable James Hewitt, From Macclesfield Local Policing Unit, said: “We are pleased that Peaver is now behind bars and hope that this acts as a deterrent to others thinking of committing similar offences. All burglaries are serious offences in which people are targeted in places they should be able to feel most safe – in their own homes or where they work.”

“But what makes Peaver’s offending particularly deplorable is that he targeted a charity shop. In total, he is believed to have cost the hospice approximately £1,000, money which could have been much better spent on providing essential support for people suffering from life-limiting illnesses. We hope the fact that Peaver will be in prison for the foreseeable future paying for his crimes provides some closure for his victims.”