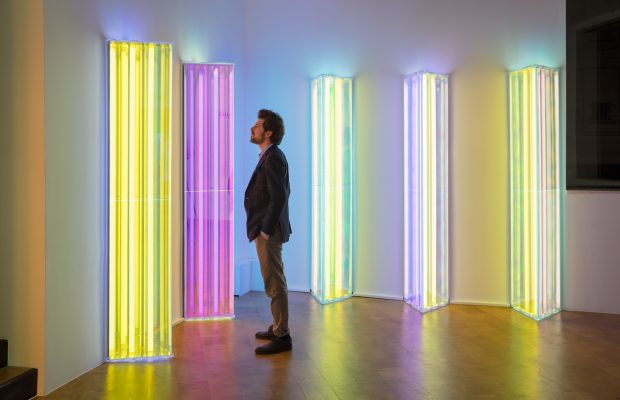 Arts Council England has awarded Macclesfield’s Barnaby Festival a National Lottery project grant of £57,000. The award will enable a number of new arts commissions and artist residencies for the 2020 event.

Barnaby Festival will return from June 18 – June 28, falling over two weekends, celebrating its tenth anniversary with ten days of cultural activity – exploring the theme of Vision.

The ACE award will see Barnaby Festival commission a new installation from British visual artist Liz West, who creates site-specific art works combining the phenomena of colour and light to create a sensory experience for the viewer. Liz returns to Barnaby Festival as an alumni having exhibited in 2013 with her work Consumed.

The first weekend of Barnaby, will be billed as First Light and will explore midsummer and the summer solstice. Another commission will be artist Simon Buckley who produces the Not Quite Light project. Simon will be exploring the connection of Macclesfield to the forest with a new piece of work Our Future is Ancient.

Barnaby’s second weekend, billed as Second Sight, will be exploring the way technology and digital culture can work to benefit society. Future Everything, the Manchester-based organisation, will be working with Barnaby Festival to curate a programme looking at how technology and the arts create new perspectives and ways of seeing.

The programme will be looking at the application of technologies such as virtual and augmented reality and artificial intelligence. Abandon Normal Devices, an arts organisation which delivers its own festival of new cinema, digital culture and art in unusual places, will be bringing the COSMOS commission by Julie Freeman, I̶n̛t͘e͟rf̕e̢ren̵ce, a VR experience which reveals the endeavour of space exploration in an abstract data-informed world of celestial interference.

Barnaby Festival will also be working with Brighter Sound, a music charity that works with young and emerging musicians. Their ambassadors include musicians Beth Orton and Nadine Shah. Brighter Sound will be producing a week-long residency with leading figures in the music industry working with local emerging artists who will perform in the festival.

Alongside the Arts Council England award, Barnaby Festival has also received funding from Cheshire East Council and Macclesfield Town Council as well as support from local businesses including The Picturedrome.

Abi Gilmore, co-chair of Barnaby Festival, said: “We’re really excited that we have received the ACE award and support from local businesses and councils. It will help us programme the high standard of visual arts, music and culture that Barnaby has built a reputation for delivering.”

“However, we are still looking for financial support. Barnaby Festival is a great cultural event for Macclesfield, bringing the town to life and creating some great economic opportunities.“

“We want to make 2020 a great success and deliver one of the best festivals yet. If you are interested in supporting us, please do get in touch on sponsor@barnabyfestival.org.uk ”