Cheshire Fire and Rescue Service high on the Stonewall list 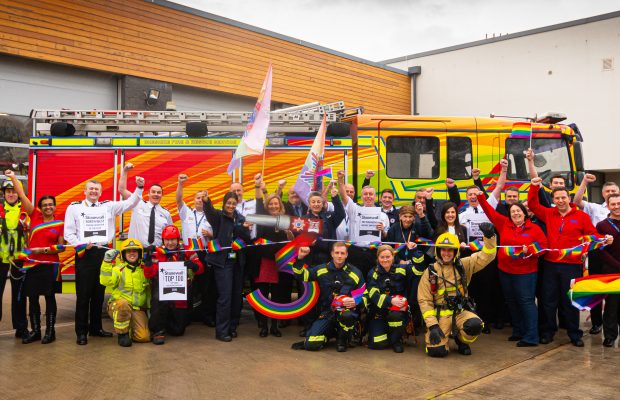 Cheshire Fire and Rescue Service has been ranked the third most inclusive employer in Britain for the second year running by lesbian, gay, bi and trans equality charity Stonewall in its Top 100 Employers list for 2020.

The ranking equals the Service’s performance in the 2019 list, and means the organisation has retained its place as the top emergency service in the UK, and is also the top employer in the North West for engaging lesbian, gay, bisexual and transgender (LGBT) staff, volunteers and communities.

Chief Fire Officer, Mark Cashin, has been awarded North West Senior Champion of the Year, while the Service’s LGBT staff network, Firepride, has been named as a Highly Commended Network Group.

Cheshire Fire and Rescue Service was also identified as one of Stonewall’s Top Trans Employers – an unranked set of organisations within the index that score particularly well on trans inclusion.

Chief Fire Officer Mark Cashin said: “Over the past 10 years, we have worked hard to create a workplace where LGBT colleagues feel safe and able to reach their full potential. As a result, we are attracting more LGBT people into the Service than ever before and our latest staff survey showed that LGBT colleagues are among the happiest and most engaged in the organisation. A diverse workforce makes us better able to understand the needs of our increasingly diverse communities. For that reason, our focus this year has been on promoting the importance of LGBT inclusion in the way we provide our services.

“We are delighted that Stonewall has recognised this work and proud to have retained our position in the Top 100 Employers list. It is hugely important to us that we remain visible champions for LGBT inclusion.”

Stonewall’s Top 100 is compiled from submissions to the Workplace Equality Index, used by employers to assess their achievements on LGBT equality in the workplace, as well as their work in the community and service provision.