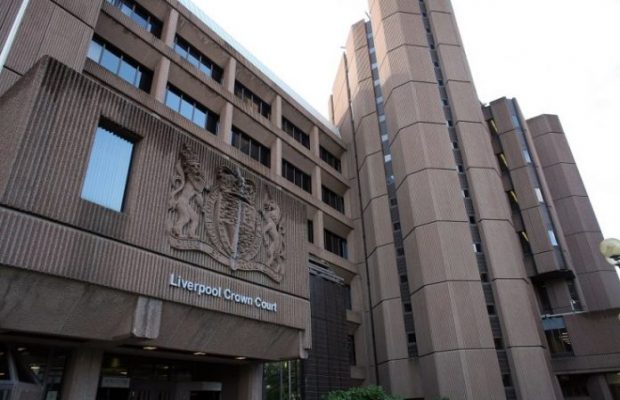 Wilmslow resident, Matthew Bolland, has been detained under a hospital order after a jury ruled that he unlawfully killed his girlfriend who was from Bosley, Near Macclesfield.

44-year-old Bolland, of no fixed address, was charged with murdering his 55-year-old girlfriend Pamela Ann Mellor after her body was discovered at a flat on Meriton Road in Handforth in the early hours of Sunday 18 August last year. The mother-of-four had died following a sustained brutal assault involving blows to the face and head.

A post-mortem examination revealed evidence indicating that she had been strangled – internal fractures to cartilage and bone in her neck consistent with the application of severe compression of the voice box area.

Following the attack, Bolland called his mother and told her that he had murdered Pamela, of Stoneyfold Lane, Bosley, as he believed that she had been cheating on him. He admitted murdering her when questioned by the police.

However, Bolland later changed his account and accused another man of going into the flat, knocking him out and killing Pamela whilst he was unconscious.

Bolland also claimed his murder confessions to his mum and the police were based on him assuming that he was responsible for Pamela’s death having found her dead when he woke up.

He was deemed to be unfit to enter a plea or stand trial at Liverpool Crown Court on Thursday 13 February due to mental health issues.

Subsequently, instead of being asked to rule on whether or not Bolland was guilty of murder after hearing all of the evidence that was presented, the jury had to decide whether or not he was responsible for her unlawful killing. The jury delivered a unanimous decision.

After being found to have unlawfully killed Pamela, Bolland was detained at a secure hospital.He will be sentenced at Chester Crown Court on Tuesday 24 March.

Detective Inspector Paul Hughes, of Cheshire Constabulary’s Major Investigation Team, said: “Pamela Ann Mellor was subjected to a horrific degree of violence and died of the extensive injuries she sustained. I am pleased that, after hearing all the evidence, a jury at Liverpool Crown Court has ruled that Matthew Bolland, a man Pamela had been in an on/off relationship with, was responsible for her death.

“Bolland was a possessive, jealous and controlling boyfriend. Pamela was scared of him, as were other people they both knew. I agree with Judge Everett that Bolland is a very dangerous man, and that his detention makes the community a safer place.”

“Now that Bolland has been found to be responsible for the unlawful killing and detained under a hospital order, he will is no longer a danger to society. I hope this gives Pamela’s family some comfort. In time, I hope the family will be able to move forward with their lives.”

The court heard that the flat Pamela was killed in belonged to a mutual friend.

On the night that she died, Saturday 17 August, the friend witnessed them having an argument after Bolland had accused Pamela of cheating on him. The man also witnessed Pamela resisting Bolland’s sexual advances.

The friend later heard crashing sounds from his bedroom and went to investigate them on two occasions. On the second occasion he saw Bolland kneeling next to a motionless Pamela in the lounge and pushing both of his hands down on her head area.

Scared of the defendant, the friend retreated back to his bedroom. From there he heard further crashing sounds before things went quiet. The friend then went back to the lounge and found Pamela lying motionless on her back but Bolland was no longer in the flat.

The incident was reported to the police and Bolland was soon located and arrested in Weaverham Way, Handforth.