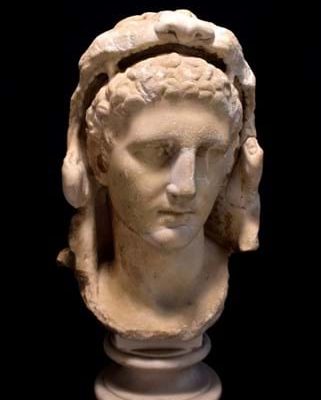 A marble bust, thought to depict Alexander the Great, sold for £320,000 at Macclesfield auctioneers, Adam Partridge, this week.

The buyer, an international gallery, was one of 16 phone bidders eager to acquire the piece.

Cautiously catalogued as a late 18th century Grand Tour piece, the bust was deemed to be ancient with later additions.

The youthful, clean-shaven subject is probably the Macedonian general Alexander (356-323 BC) depicted in heroic manner wearing the lion cowl of Hercules. Excluding the later-added base, it measured 15in (38cm) high.

It came with a good provenance having once been part of the furnishings at Sutton Place, the Italianate Tudor mansion in Guildford built by Sir Richard Weston, courtier to Henry VIII.

The price was way above the £600-1000 estimate and represents a new house record for Adam Partridge.

Share this...
Related Items
← Previous Story Light Up The Night
Next Story → Body found believed to be missing local woman