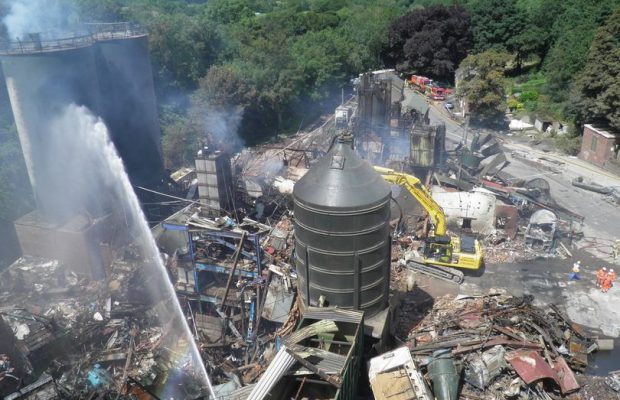 Two mill managers, Philip Smith, 58, and Peter Shingler, 56, were also in the dock for the hearing and both entered not guilty pleas to a health and safety offence, along with Boden, who pleaded not guilty to the same offence.

The firm has also been charged with corporate manslaughter and health and safety offences, to which not guilty pleas were entered.

The four-storey Cheshire mill was reduced to rubble as a 1,000 degree inferno ripped through the building and burned for days afterwards.

All three defendants were given unconditional bail by Judge Steven Everett, until a further three-day hearing starting on December 9.

The trial date has been set for January 11, next year.