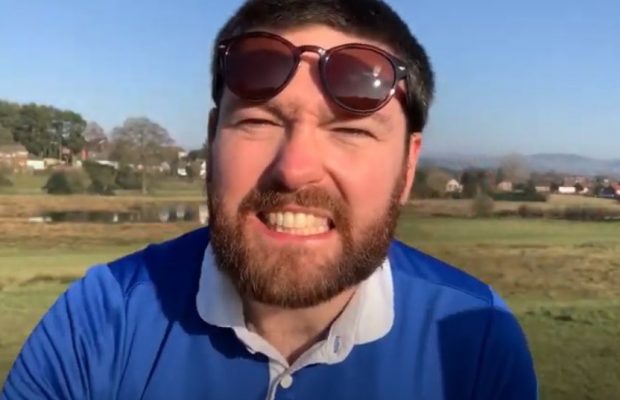 Macclesfield FC superfan and Glass Ankle member, Greg Jackson, has a fundraising hit on his hands with a song and video about his love for the Silkmen.

Greg, who grew up near Broken Cross, has now completed the video to accompany the audio track, recorded earlier this year.

Featuring both Greg’s family, fans, players and some of the best-known faces to have appeared for Macclesfield Town the video includes images of Danny Whitaker and George Pilkington – with Greg playing all instruments.

The song was written by Greg when Macclesfield Town were facing extinction with the lyrics and title being rewritten when a future for the club was secured.

Greg told ilovemacc: “I put the video together myself using the amazing clips filmed and sent to me by fellow supporters during lockdown and also the photos kindly donated by a number of sources.

“For those involved it really is a declaration of love, loyalty, and pride for the Silkmen. The history upon which the new MFC is built should not and will not be forgotten by the fans.

“As we recently saw with the rejection of the proposed European Super League by fans of the big 6, football club owners should never take the supporters for granted.”

All funds raised from Greg’s music and video will go to straight to the Silkmen Supporters Trust (SST).

To see the video: https://youtu.be/NVx-LzQwAOE