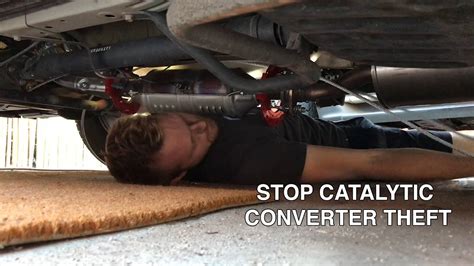 Cheshire Police is investigating the thefts of a number of catalytic converters, in broad daylight, and are appealing for information from members of the public.

At around mid-day on Monday, 24th May, three men, wearing dark clothing and face masks, stole a catalytic converter from a black Toyota car parked at Handforth Dean Retail Park

The offenders fled in a dark blue Honda Civic.

The following day, catalytic converters were stolen from two Toyota cars parked at Bents home and garden centre on Warrington Road in Glazebury, Warrington. The victims only became aware of the thefts when they returned to their cars at about 3.20pm.

The thieves are believed to be the same group, travelling in a dark blue Honda Civic.

Enquiries in relation to them are ongoing and officers are urging anyone with any information or footage that may aid their investigation to come forward.

Inspector Andy Baker said: “I would like to reassure members of the public that we are doing everything we can to establish who stole the catalytic converters and make them face the consequences of their actions.

“As part of our ongoing enquiries we want to speak to anyone who was in the Handforth Dean Retail Park car park at around 12 noon on Monday 24 May or the Bents home and garden centre car park in Warrington before 3.20pm the following afternoon and witnessed anything suspicious.

“It takes specialist tools to remove catalytic converters from vehicles.

“If you saw, or have dashcam footage of, anyone acting suspiciously in the car parks please get in touch.

“The same goes for anyone who believes that they may know who stole the catalytic converters or have information or footage regarding the dark blue Honda Civic that the offenders are believed to have been travelling in.”

Anyone with any information or footage that may help the investigation should call Cheshire Constabulary on 101, quoting IML 995641 (Handforth) or 996512 (Warrington), give the details via https://www.cheshire.police.uk/ro/report or contact Crimestoppers anonymously on 0800 555 111.

Catalytic converter thefts have been on the rise across the country in recent times, due to the precious metal they contain.

There are a number of steps that motorists can take to reduce their chances of becoming a victim, including: