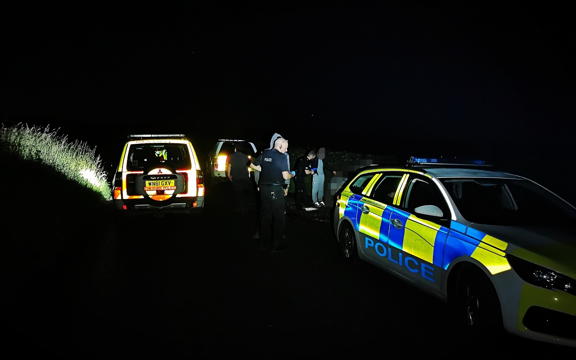 A couple of nights ago local police out on patrol stopped to speak to the three male occupants of a car, parked in a remote area of Rainow.

The officers, members of the rural crime team, were initially concerned at the possibility of crime, but soon became aware of the strong aroma of cannabis.

The lads initially denied any knowledge of any drugs, but a search located two small amounts of cannabis.

One of them then suggested that the officers shouldn’t have stopped them – as this had “put the driver’s job and driving licence at risk”.

The reporting officer commented “It would seem a theme with many a person we deal with is a reluctance to accept responsibility for their own actions.

“I think you’ll find your friend has had a lucky escape this time, as if he’d ‘drug’ driven he may have crashed, killing himself and others.

“The prison sentence would have certainly been life changing for him . . . at the very least if we had found him driving he would have lost his licence.”