Home / Community / Have your say on the ‘Great North Way’

Have your say on the ‘Great North Way’ 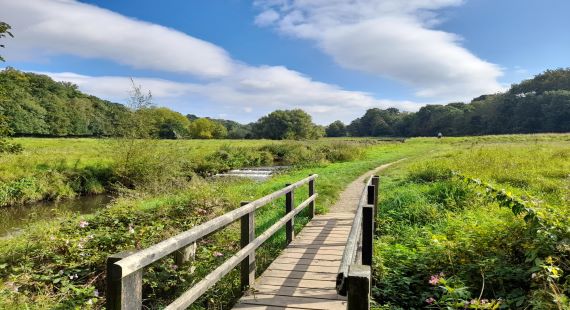 The concept of a new green traffic-free walking and cycling path across Cheshire is to be discussed at a public meeting this week.

Initially titled the ‘Great North Way’, it would see a 12-mile-long leafy route running alongside the Bollin Valley Way, an established popular countryside route for walkers and wildlife enthusiasts next to the River Bollin.

The Bollin Valley Way is a 25-mile recreational path between Macclesfield and south Manchester, managed in Cheshire East by the council’s countryside rangers’ service. It offers a changing river valley landscape of rural and industrial surroundings, grazing rare long-horn cattle and wildlife.

The Great North Way would complement this, attracting the walker and cyclist going to and from work, while enjoying the attractive rural features of the Bollin Valley.

Tatton Estates – landowners in Cheshire East and a family-run property and events business – has invited several partner organisations, to attend a public meeting event and it’s hoped that cycling groups, businesses and interested members of the public will take part.