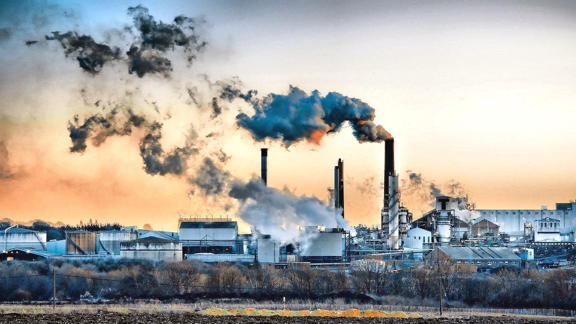 One of the biggest pollutants on the planet, carbon emissions come from the burning of fossil fuels (such as coal and oil) and natural gas.

To secure the data, Ricardo Energy & Environment collect and analyse information from sources including national energy statistics and data from industrial plants.

The most polluted areas are shown in beige – with than 1,151 kilotonnes of CO2 emissions.

According to the NAEI map, Cheshire West and Chester has a total of 3,620 kilotonnes of CO2 emissions.

The majority of this pollution, a total of 1,274, comes from large industrial installations, whilst diesel railways makes up the smallest amount, at 10 kilotonnes.

Diesel railways make up the smallest amount in the county, with 18 kilotonnes – eight more than Cheshire West and Chester.

Industrial installations with high emissions are scattered across the county.

Meanwhile, a large industrial installation can be found at Radway Green, near Crewe Road just outside of Alsager.

A spokesperson for NAEI said: “The estimates calculated by the national atmospheric emission inventory help to provide a picture of the important sources and trends in emissions and removals and to focus action to improve our local national and global environment.

“This data is used for a number of purposes including the provision of information to track the UK’s progress towards international commitments on greenhouse gases (climate change) and harmful air pollutants (air pollution).”