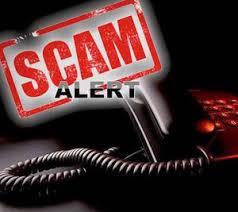 An ilovemacc reader received what’s probably the beginning of a new series of scams.

He initially received the following text:

Knowing that both his own children knew his wife’s number is different from his own he responded:

He immediately phoned his two daughters – on their own phone lines – and was able to establish the texts he’d received hadn’t come from them.

There are a lot of vulnerable people out there who could easily fall for something like this.

Please make them aware of the dangers of responding to any message from an unknown number.