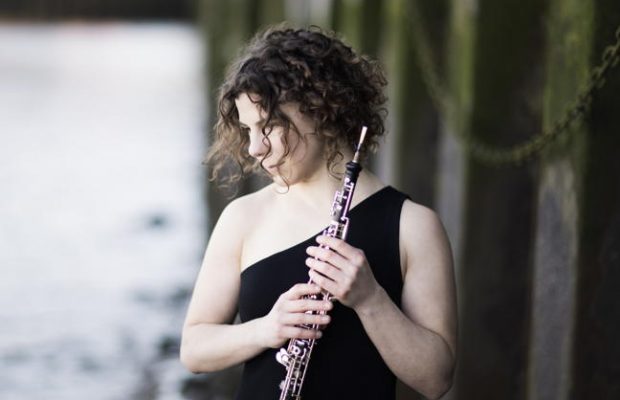 The Northern Chamber Orchestra will be returning to The Heritage Centre on Saturday, 6th November – joined by London Symphony Orchestra’s principal oboe Juliana Koch, who will play Mozart’s Oboe Concerto.

The concert also includes Haydn’s Symphony No. 43, Mercury, described by H.C. Robbins Landon as the “Austrian chamber symphony par excellence”, Nielsen’s Little Suite for Strings, an attractive early work in three movements, and some of Grieg’s musical pictures from his Lyric pieces, composed originally for piano. Tickets for the concert, which start at £18 and are free for students and under 18s, are now available from www.ncorch.co.uk.

Juliana Koch is principal oboe of the London Symphony Orchestra (Music Director Sir Simon Rattle) and laureate of the ARD International Music Competition 2017. Since September 2018 has taught as professor of oboe at the Royal College of Music in London. For her debut at the Berlin Philharmonie in 2019, Juliana performed the Richard Strauss Oboe concerto together with the Deutsches Symphonie-Orchester Berlin. Juliana is an active chamber musician and has performed at many prestigious festivals around the world. After finishing her studies, Juliana first played as principal oboe with the Royal Danish Orchestra at the Royal Danish Opera in Copenhagen and with Filarmonica della Scala at Teatro alla Scala in Milan, before joining the London Symphony Orchestra in 2018.

The Northern Chamber Orchestra, set up in 1967, presents a successful, annual series of concerts at the Heritage Centre in Macclesfield and The Stoller Hall in Manchester, which attract top-flight soloists. The remaining concerts in the 2021-22 season feature cellist (and NCO President) Raphael Wallfisch, violinist (and NCO Artist in Association) Chloë Hanslip, horn player Ben Hulme and guitarist Craig Ogden.

Share this...
Related Items
← Previous Story That’ll Be The Day – save £5
Next Story → Eleven arrested in Manchester Airport protest