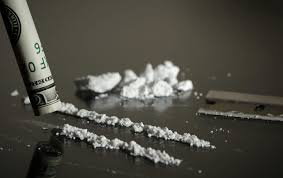 Dawn raids in Macclesfield and Merseyside, as part of an operation targeting suspected county lines organised crime, resulted in seven arrests being made.

The arrested men, aged between 22 and 54, are currently being held in custody and questioned on suspicion of conspiracy to supply crack cocaine and heroin.

The arrests are part of a nine-month investigation by detectives from Macclesfield Local Policing Unit into a county lines organised crime group (OCG) operating from Merseyside into the town.

Officers attended addresses on Berkshire Close and Buxton Road in Macclesfield plus five addresses in Liverpool.

County lines describes how organised crime gangs export illegal drugs into areas across the UK and use mobile phones to facilitate the onward supply. Criminals often exploit vulnerable adults and children to move and often store drugs and money on their behalf.

Detective Sergeant Angela Coppock, from Macclesfield Local Policing Unit, said: “This morning’s operation focused on individuals who are suspected of being part of serious and organised crime known to the public as county lines.

“The investigation centred on individuals believed to be facilitating and transporting class A drugs from Merseyside into Macclesfield.

“It’s well known that the county lines model can often involve children and vulnerable adults who are exploited by gangs to assist with their drugs supply.

“This type of exploitation leaves people in fear but it can also destroy lives and ruin communities.

“The action we have taken today is part of our dedication and commitment in protecting our community and ensuring Cheshire is and always will be a place of hostility towards people who cross into our borders to commit crime.”

To learn how to spot the signs of drug activity, including county lines exploitation, taking place in your area please visit our website https://www.cheshire.police.uk/police-forces/cheshire-constabulary/areas/cheshire/campaigns/campaigns/2019/impact/

To report drug activity in your area please report it here Home | Cheshire Constabulary or anonymously by calling Crimestoppers on 0800 555 111.